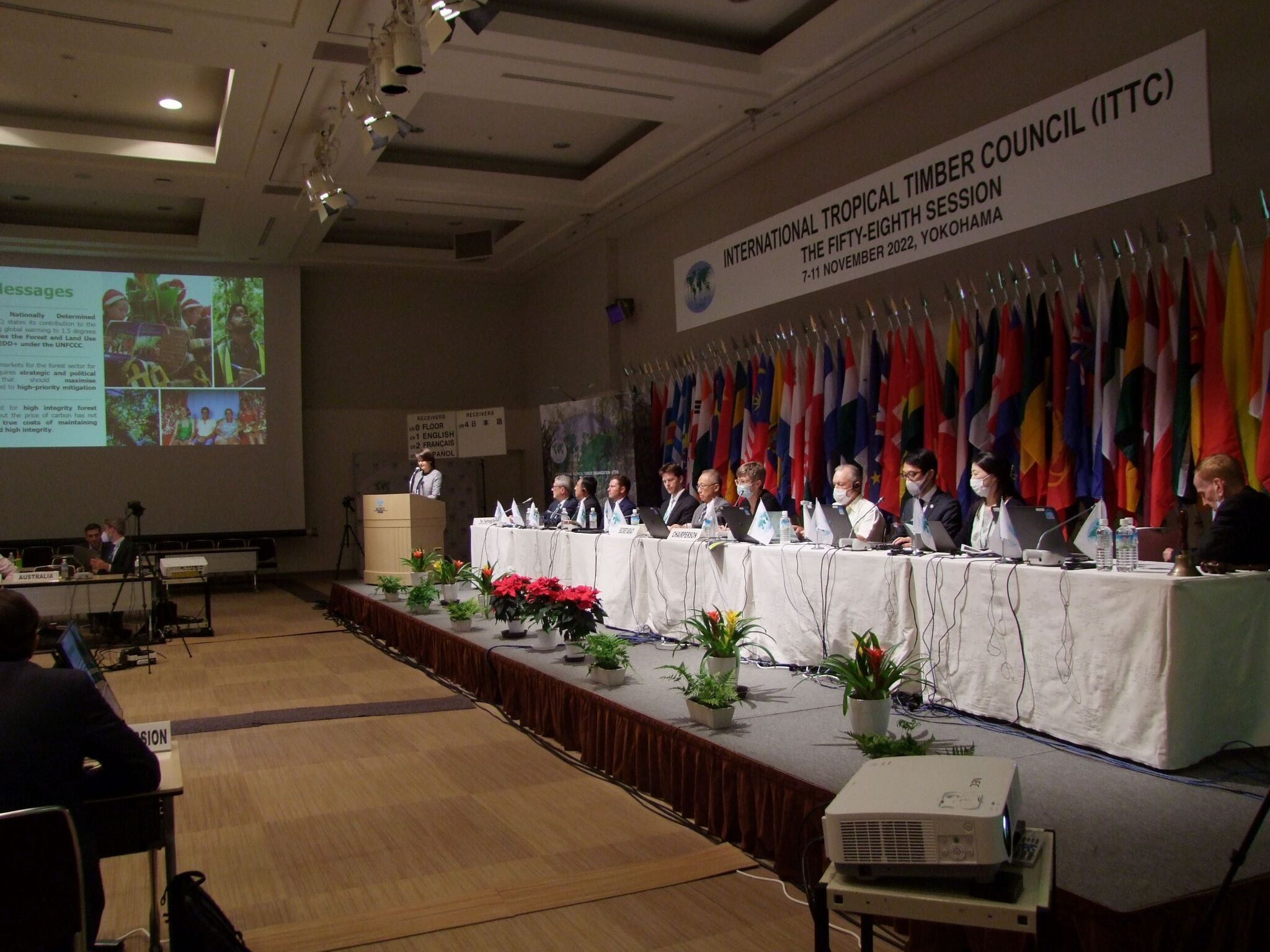 Yokohama, Japan, 8 November 2022: Markets for forest carbon are growing fast and have huge potential, but low carbon prices and other challenges are restraining their capacity to benefit tropical forests and their stakeholders. This was a key message emerging from the Annual Market Discussion, which was held today as part of the 58th session of the International Tropical Timber Council.

The Annual Market Discussion is traditionally convened as part of a joint session of the Council’s committees as a means for informing Council members of key trends and issues in the tropical timber trade and increasing understanding among governments, traders and other stakeholders. This year’s Discussion featured five speakers as well as interventions from the floor on the theme of the carbon trade and tropical forests. It was chaired by Trade Advisory Group (TAG) co-coordinator Mr Barney Chan.

Ms Celina (Kin Yii) Yong, from the United Nations Development Programme, said there had been a huge increase in transactions in the voluntary carbon markets, partly as a result of clarification on Article 6 of the Paris Agreement on climate change at the 26th Conference of the Parties to the United Nations Framework Convention on Climate Change. Voluntary carbon markets will play a key role in the transition process, but there is a risk of greenwashing, she said.

Ms Yong said there is growing demand for high-integrity forest carbon credits, but carbon prices are yet to reflect the true costs of maintaining natural forests and high-integrity markets. She said that, among other things, high-integrity carbon markets are those that avoid the double-counting of carbon credits, ensure that emission reductions are real (thus avoiding “greenwashing”), and respect human rights.

Dr Ivan Tomaselli, from STCP in Brazil, explored the development of carbon markets in Latin America. There is a growing interest in carbon markets across economic sectors in the region and in transactions between countries aimed at emission reductions and achieving net zero emissions. Argentina, Chile, Colombia and Mexico are the front-runners in compliance carbon pricing instruments and Brazil is pursuing mainly voluntary carbon projects in forests managed for timber production.

Dr Tomaselli estimated the potential annual value of carbon credits in existing managed forest areas for timber production in Latin America at around USD 2 billion per year, but this will grow if prices increase with increasing demand.

Mr Pierre Schueller, from TEREA in France, said there is a growing interest among companies operating in the Congo Basin in forest carbon trading, but few players are well informed of the mechanisms involved and the rules and criteria for engaging in carbon trade. He said that REDD+ has attracted significant funding opportunities in many African countries, and examples are emerging of forest carbon project initiatives. In 2021, for example, Gabon became the first country in Africa to receive results-based payments for reduced emissions from deforestation and forest degradation in 2021.

Mr Schueller said the main challenge for expanding forest carbon projects in Africa is removing the technical barriers for such projects and determining ownership of the resulting carbon credits. There is a role for international organizations such as ITTO in increasing understanding and technical capacity in Africa, he said.

Mr Llactayo said that a strategic and cost-effective combination of LIDAR sampling, tactically placed field calibration plots, satellite data and geostatistical modelling approach showed it was feasible to obtain a high-resolution inventory of above-ground carbon stocks, even in such a large and environmentally complex country such as Peru.

This theme was also explored by Mr Nicholas Butcher from CarbonCrop in New Zealand, who reported on integrated solutions using artificial intelligence, remote sensing and automation to monitor changes in forest carbon stock in New Zealand, He said that, to be credible, such solutions require integrity, transparency, traceability and auditability.

Mr Butcher said that the application of the technology in New Zealand has led to the registration of an additional 30,000 hectares of biodiverse forest and delivered NZD 30 million in carbon credits for landholders. The same technology could be applied in any other region, he said.

The presentations were followed by a wide-ranging exchange of views between delegates and speakers, including on the potential of forest carbon to generate significant revenues for forests through voluntary carbon markets and compliance mechanisms as means for increasing the financial viability of sustainable forest management. The presentations are available here. The full session of the Annual Market Discussion can be viewed here on YouTube.

Statement by the Trade Advisory Group

TAG co-coordinator Mr Bob Tate presented a statement on behalf of the TAG immediately following the Annual Market Discussion. The Trade Advisory Group was established in 2000 to provide inputs to ITTO’s policy and project work. It is open to anyone with an interest in the tropical timber trade, including representatives of tropical forest industries, timber exporters and importers, timber trade and industry consultants, and trade and industry associations.

In the statement, the TAG expressed concern about a draft law on deforestation under consideration by the European Council and Parliament and the risk that it could present barriers to trade, particularly for tropical countries. Tate noted that the TAG believes that “the EU [European Union] should avoid using these [draft] new regulations to curb free and fair trade, and improve on its communication with the stakeholders, including from outside of the EU, to assess the challenges faced by businesses towards compliance”.

The statement noted that ITTO producer countries are yet to benefit significantly from voluntary forest carbon offset markets.

“There is a desperate need to disseminate information and guidance on the opportunities to producing members, and at the same time provide strategic advice and technical assistance,” according to the statement. TAG urged ITTO to organize a technical training workshop “to address the weaknesses and shortcomings of members so they can participate in climate-change mitigation while adding to their national revenue”. 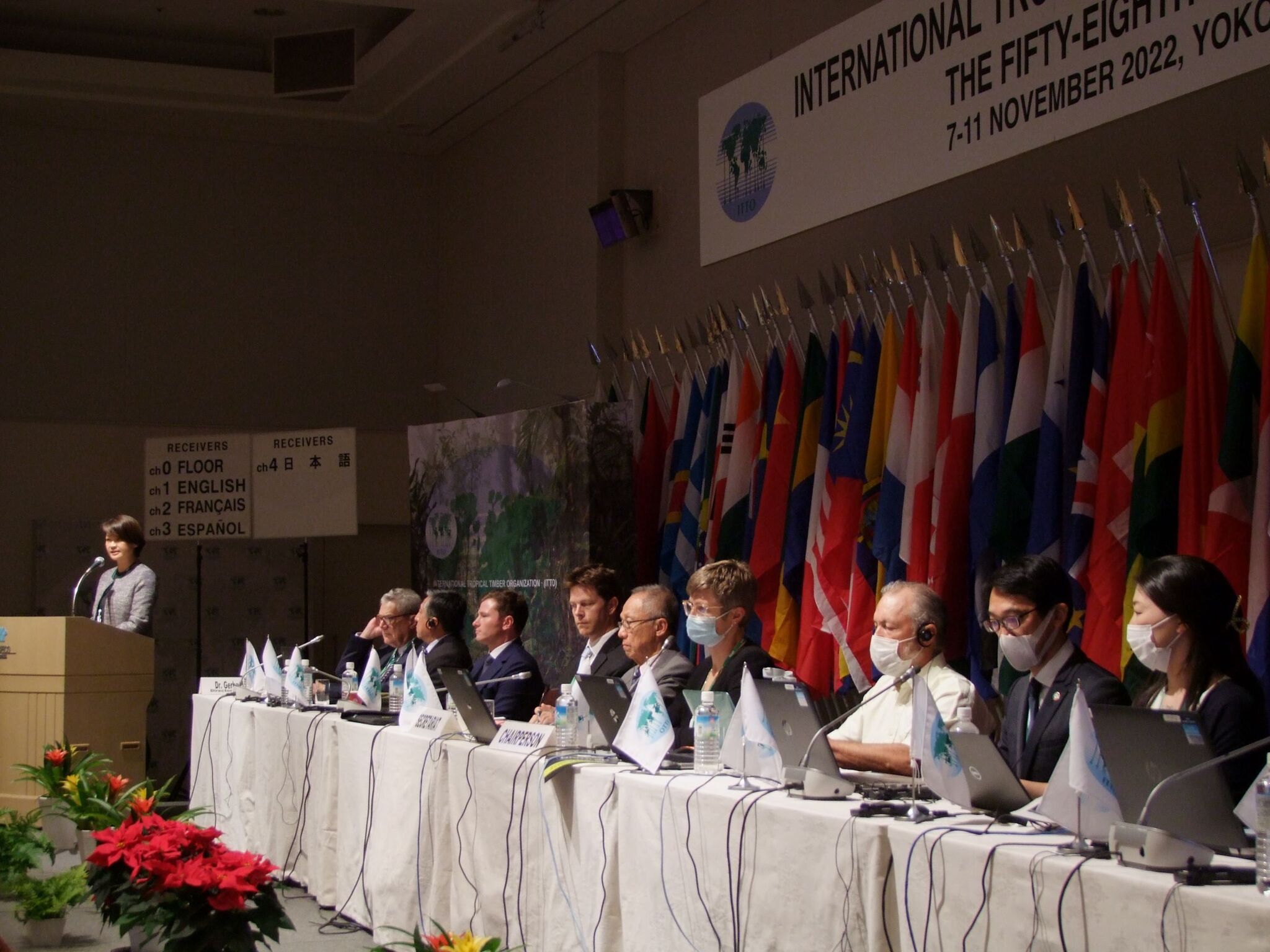 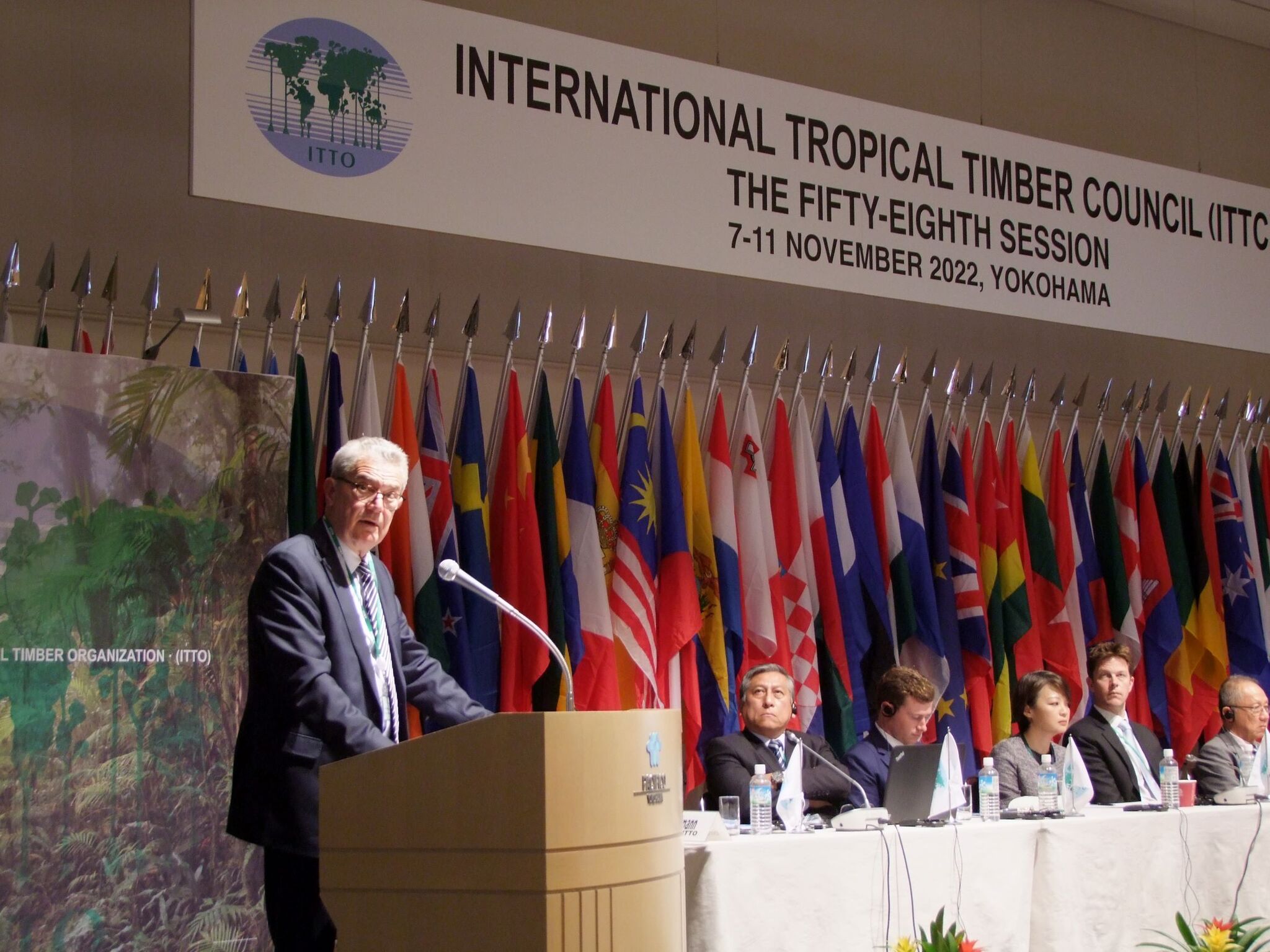 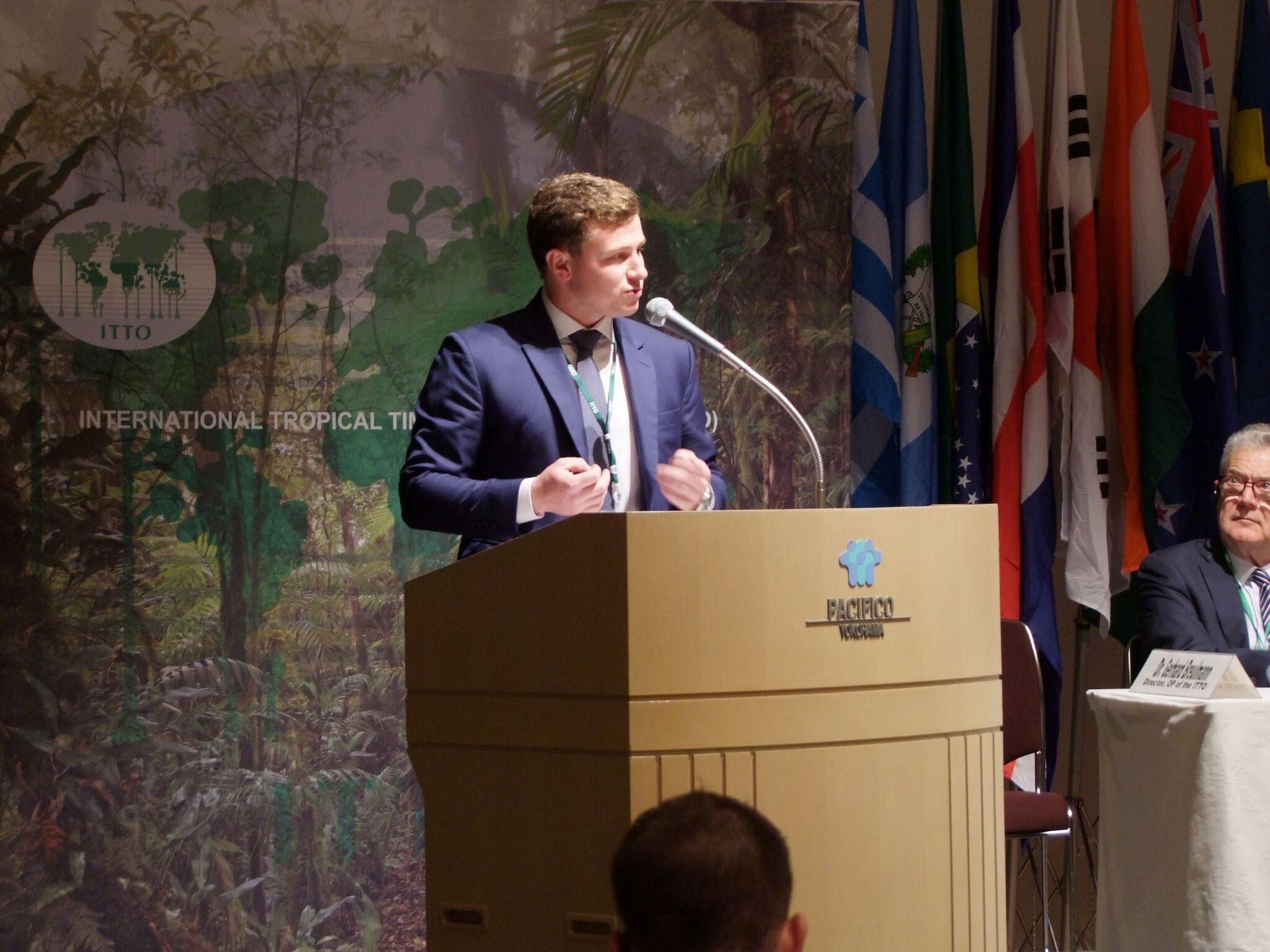 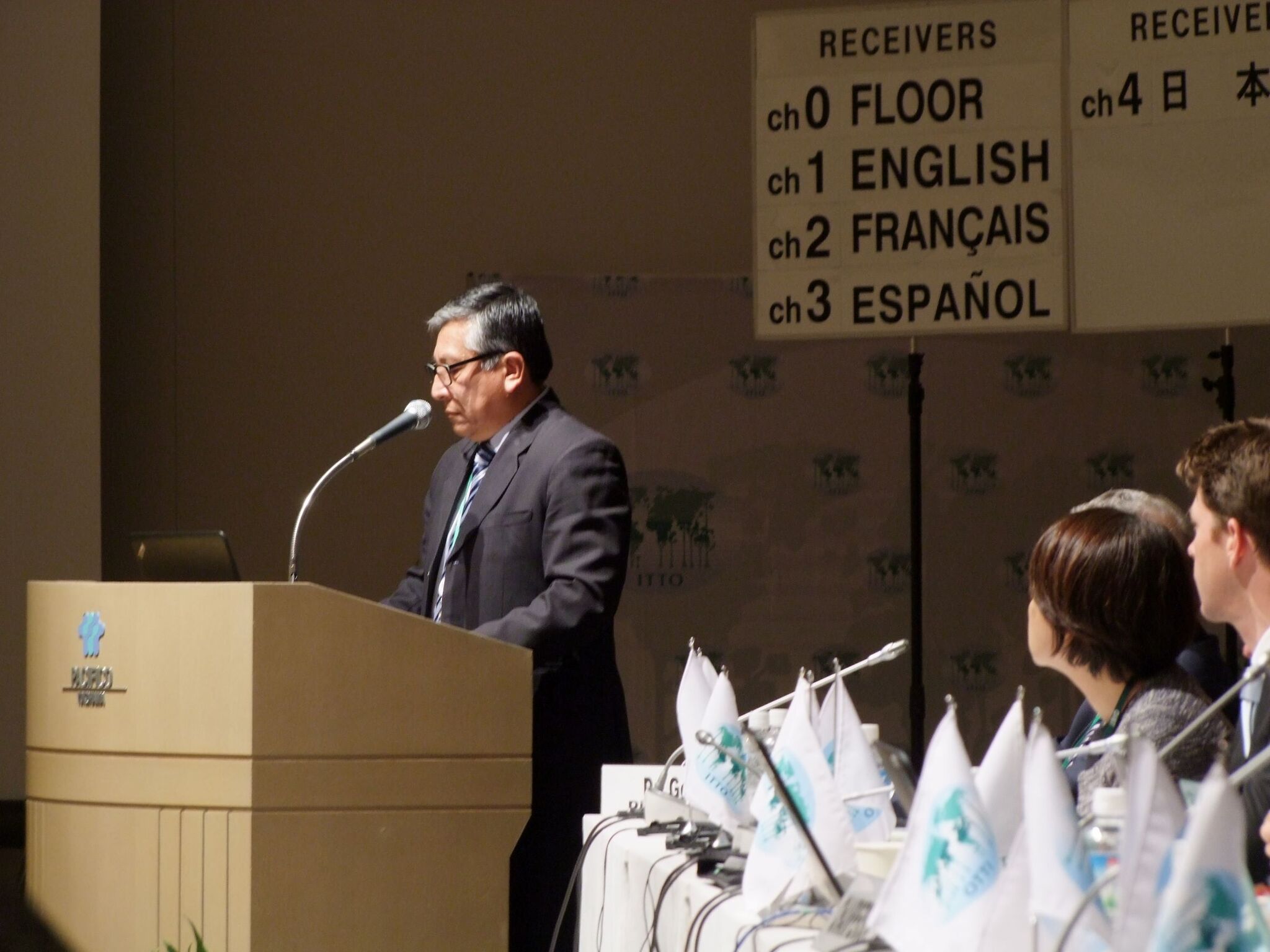 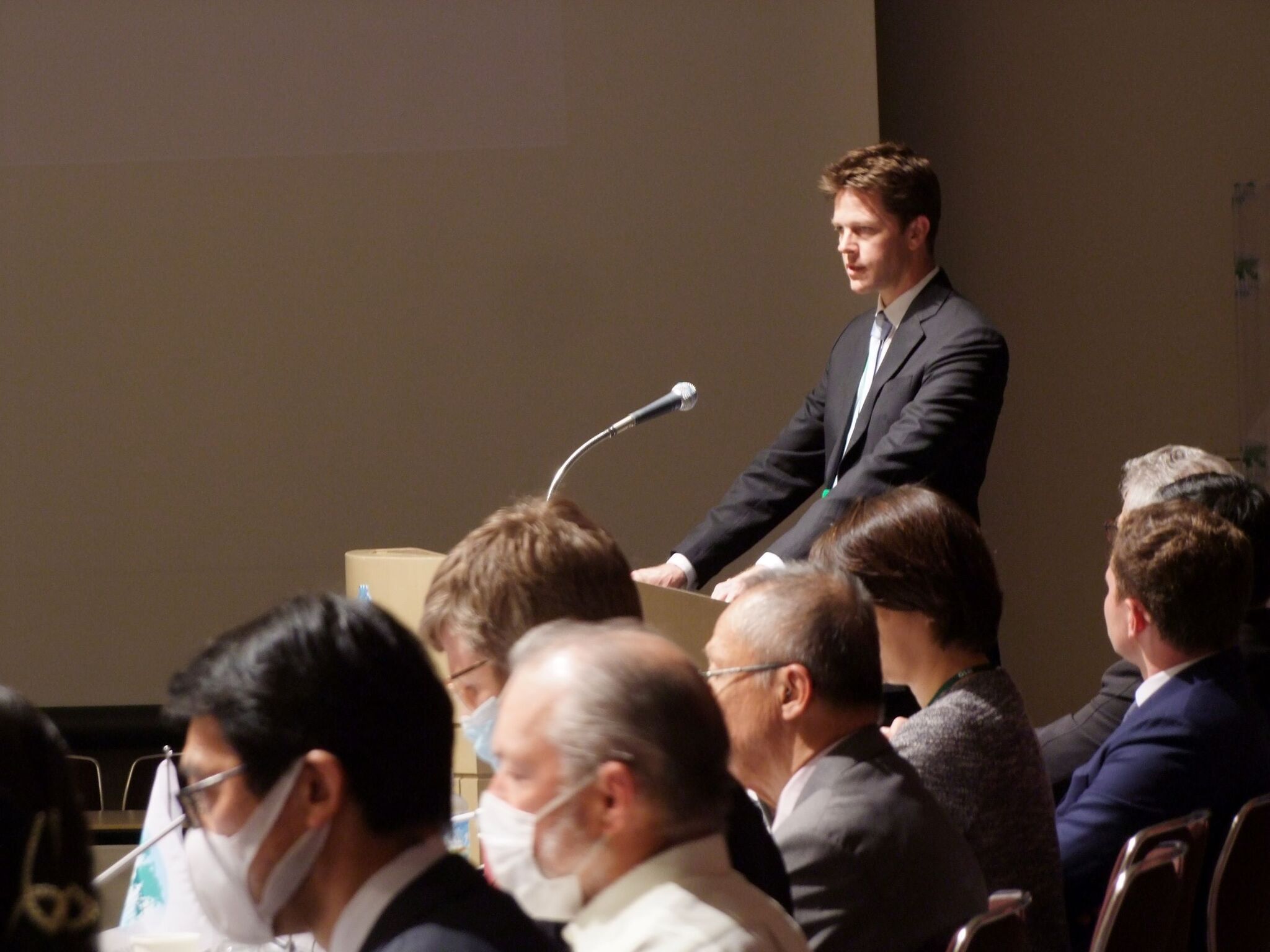 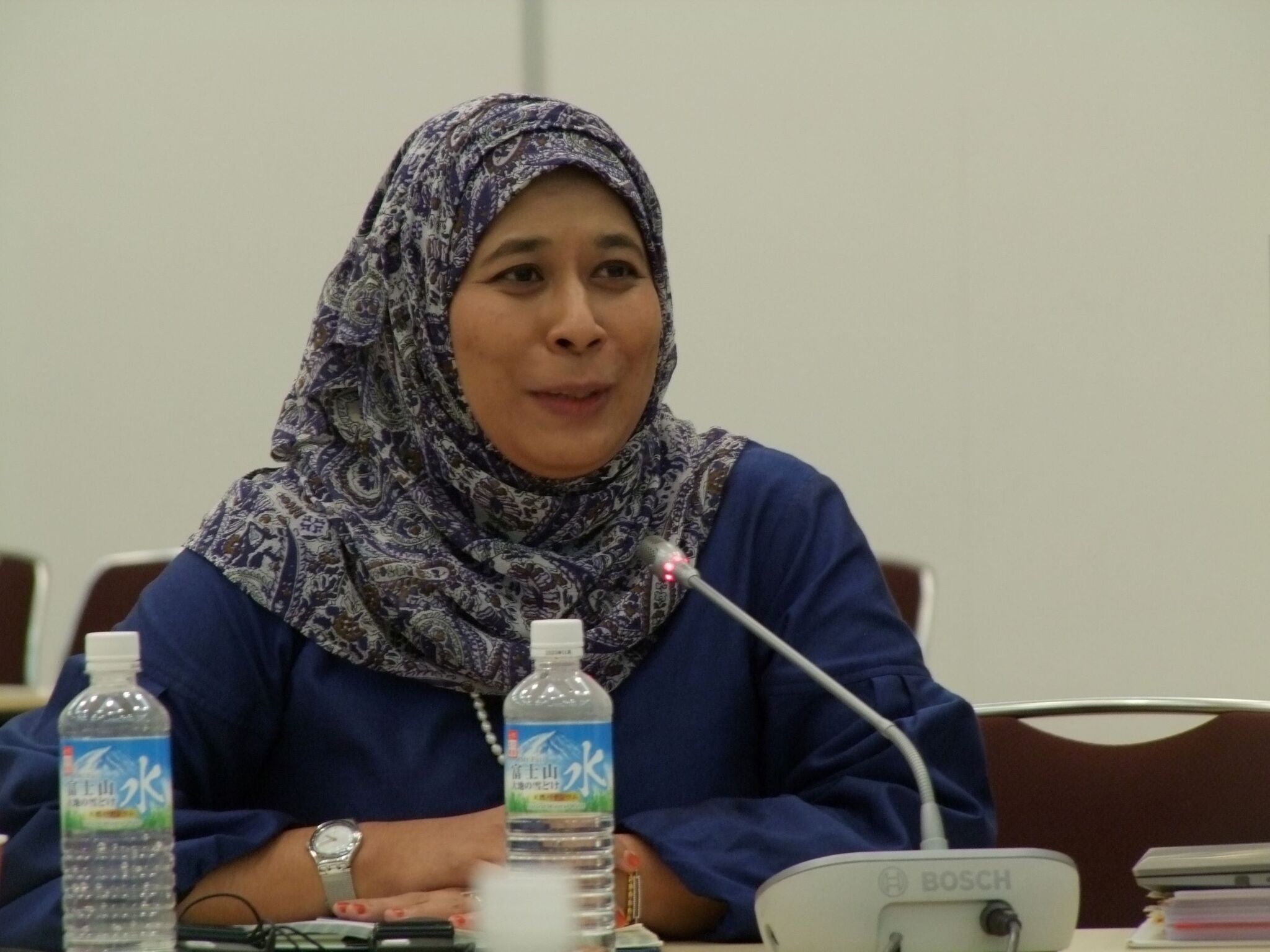 A delegate of Malaysia makes an intervention during the ITTO Annual Market Discussion 2022. Photo: Y. Kamijo/ITTO 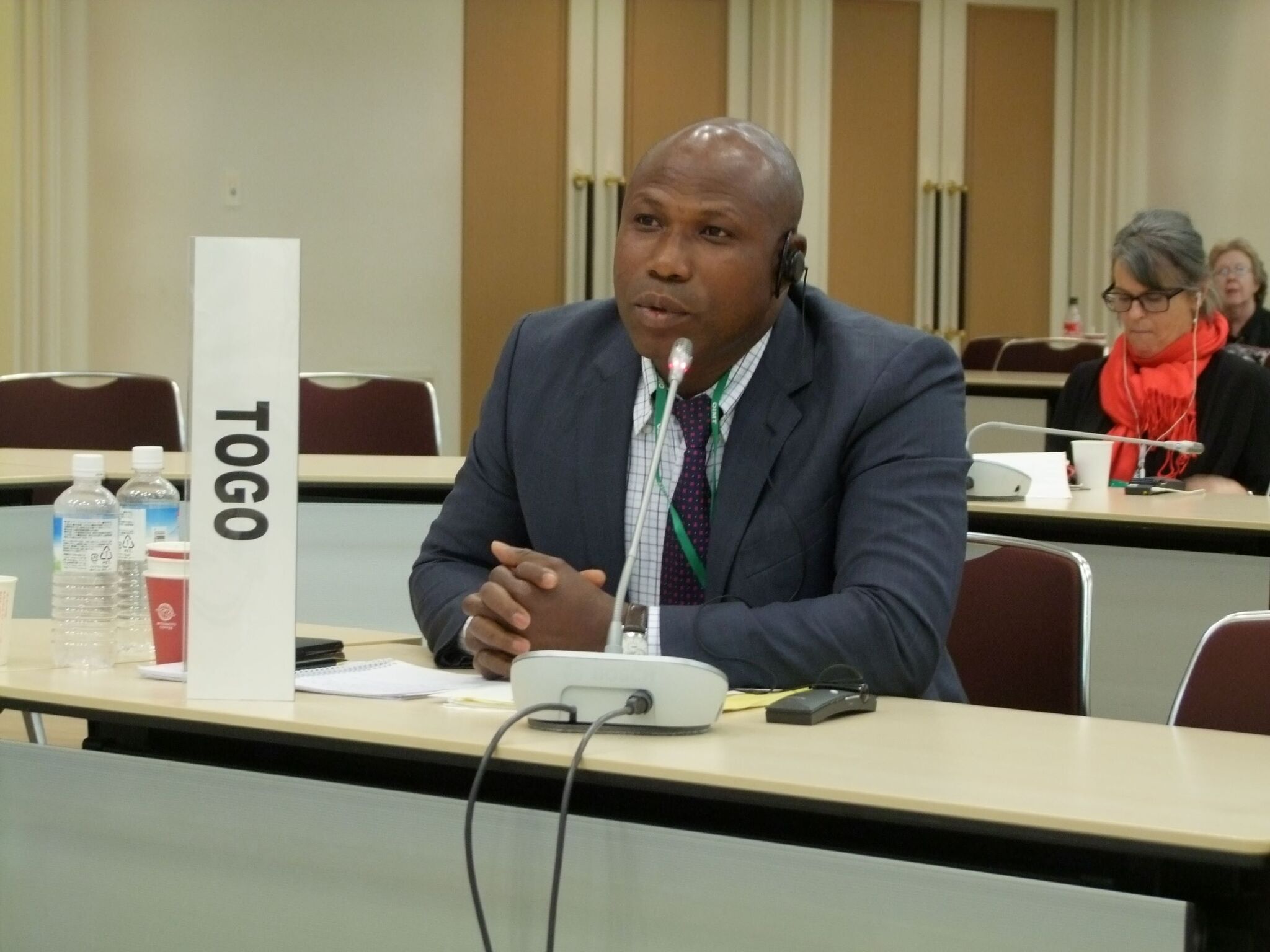 A delegate of Togo makes an intervention during the ITTO Annual Market Discussion 2022. Photo: Y. Kamijo/ITTO 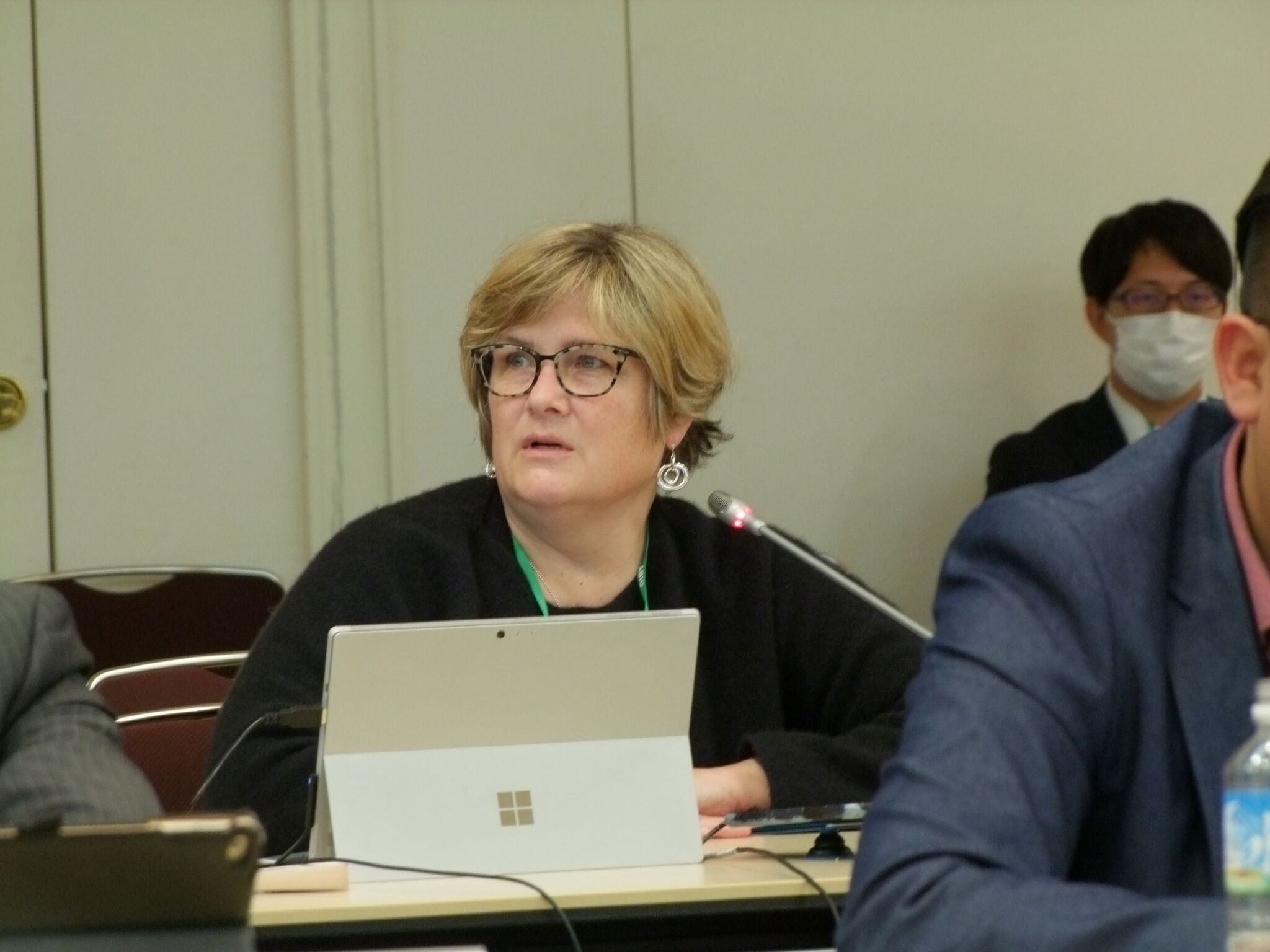 A delegate of the United States of America makes an intervention during the ITTO Annual Market Discussion 2022. Photo: Y. Kamijo/ITTO 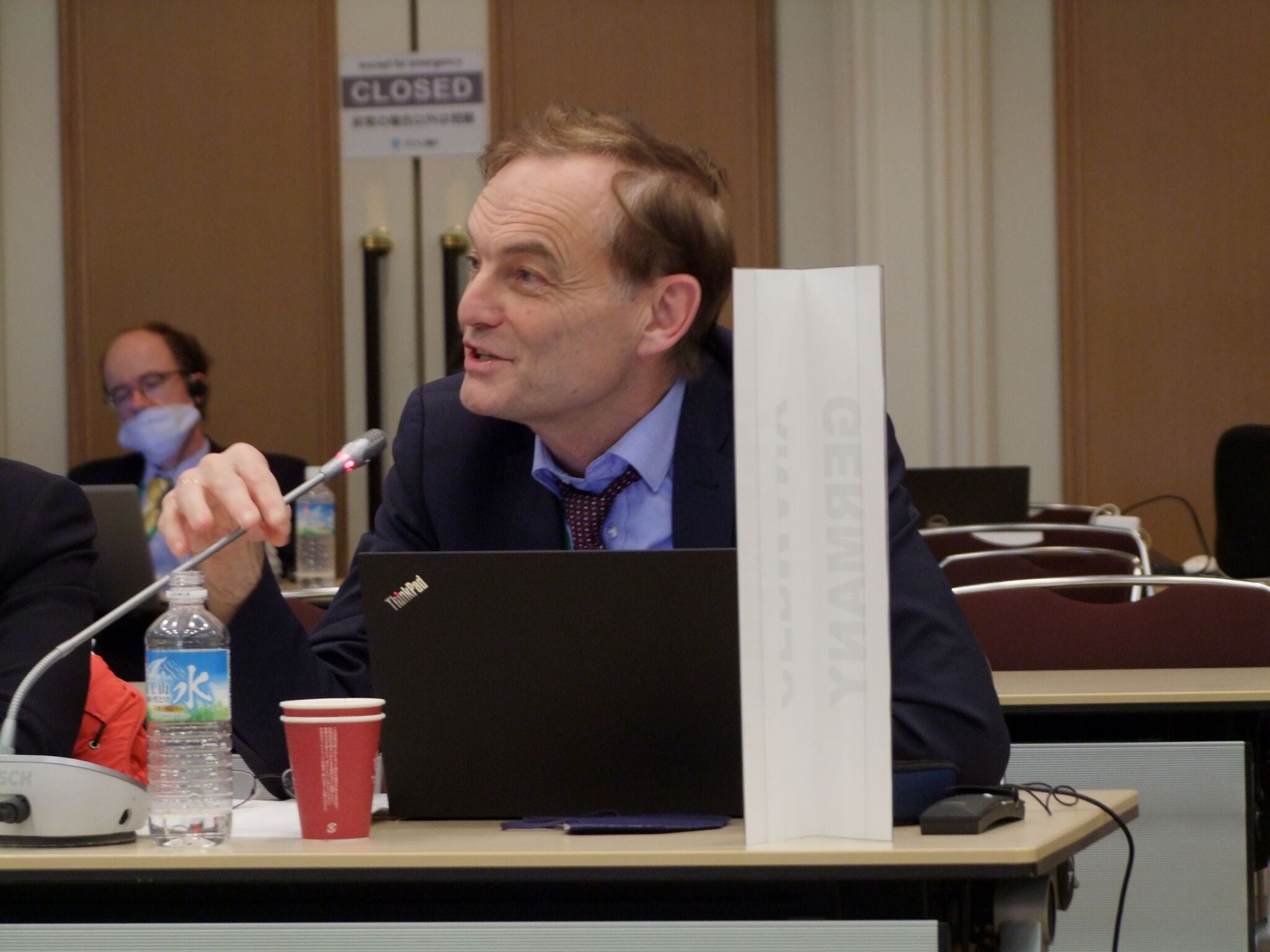