US$5.4 million in new funds for tropical forests 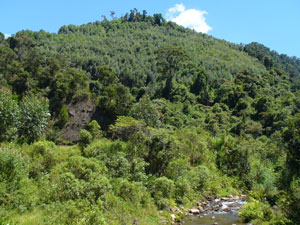 The International Tropical Timber Council has committed over US$5.4 million for new projects and activities for the conservation and sustainable management, use and trade of tropical forest resources.

The Council is the governing body of the International Tropical Timber Organization (ITTO). It meets twice a year to discuss a wide-ranging agenda aimed at promoting sustainable tropical forest management and the trade of sustainably produced tropical timber. The funds pledged this week at its 41st session are in addition to the US$6.1 million committed in June at the 40th Council session in Merida, Mexico, bringing the total pledged in 2006 to over US$11.5 million.

The Council financed eleven projects and seven pre-projects at this session, including one to promote certified and legally produced timber in Japan and another to strengthen capacity of forest law enforcement and governance in Cambodia. Also financed was a project to support community reforestation by women's groups in Ghana, and another to conserve and rehabilitate natural stands of ramin (Gonystylus spp.) and to establish plantations of this species in Indonesia. The Council also financed a project to establish a wood products testing laboratory in Mexico.

The Council allocated additional funds to a project working to expand the Pulong Tau National Park in Sarawak, Malaysia to establish a transboundary conservation reserve with neighboring Indonesia. Additional funds were also allocated to help improve the capacity of ITTO member countries to implement CITES listings of timber species, including a US$3 million grant from the European Community. This CITES work was one of the many activities included in the Council's review of progress in implementation of ITTO's 2006-2007 Work Programme. Another activity under the Work Programme, to monitor the relationship between climate change and tropical forests, received additional funds for a report on recent developments in climate change negotiations and implications for tropical forests. The Freezailah Fellowship Fund was also topped up by Council, to allow this valuable program to continue offering awards to deserving candidates.

The Council decided to extend its governing treaty, the ITTA, 1994, and to regularly review the status of ratification of the successor agreement by members at its upcoming Sessions. An intersessional working group was established and funded to consider thematic programs to be included under the ITTA, 2006. The Council also finalized the procedure for selection of a new Executive Director, as the position will become vacant in November 2007.

The major donors at this session were the governments of Japan, Switzerland, the United States and France, while the Common Fund for Commodities and the governments of Finland, Norway, Australia, the Republic of Korea and the Netherlands also pledged funds. In addition, funds were mobilized from the Organization's unearmarked resources, including the Bali Partnership Sub-account B.

Descriptions of all newly funded projects will be published in the next edition of the ITTO Tropical Forest Update. For more information on the Council session go to www.itto.or.jp.